This
Next Level
Event

Time To Take YOUR LIFE To The NEXT LEVEL!

Michael Beran is regarded in the same ethos as famous Animal Experts like Steve “The Crocodile Hunter” Irwin.

His show Bare Hands Rescue, which premiered in August on the TV channel Animal Planet and the Discovery+ streaming service, plus Animal Planet GO has a huge audience. The show takes a closer look at his wildlife rescue operations in the St. Louis metro area, but his unique enthusiasm and energy for his mission is what truly captures audiences.

Who is Michael Beran?
Beran, who resides in Arnold, MO for almost a decade, was born in 1965 and is a native to Louisiana. His love for animals during his childhood living around swampland resulted in him becoming a master falconer by 2003. However, he couldn’t escape his childhood roots and in 2014 expanded beyond falcons by setting up his first animal control company in the St. Louis area called Wildlife Command Center. 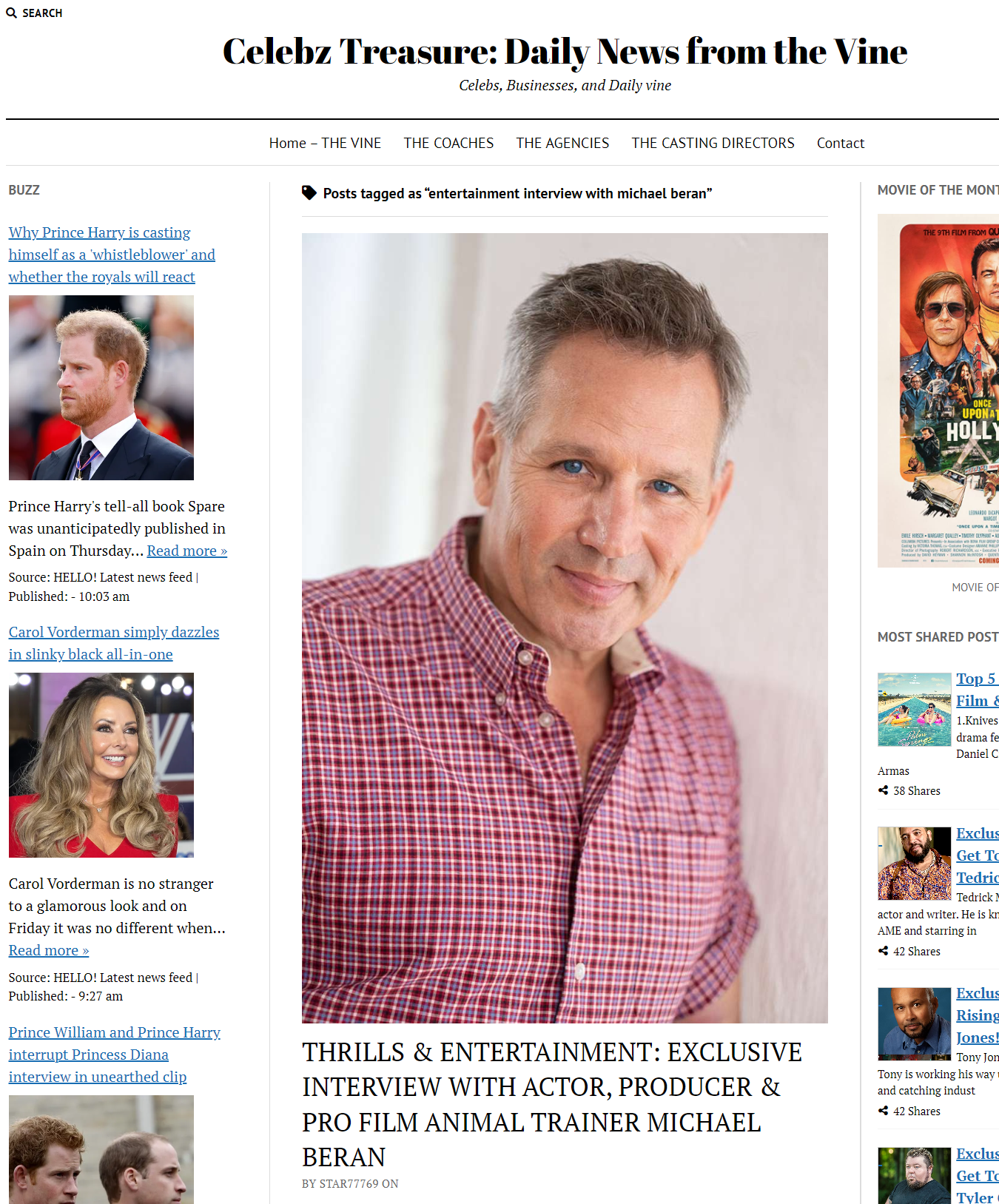 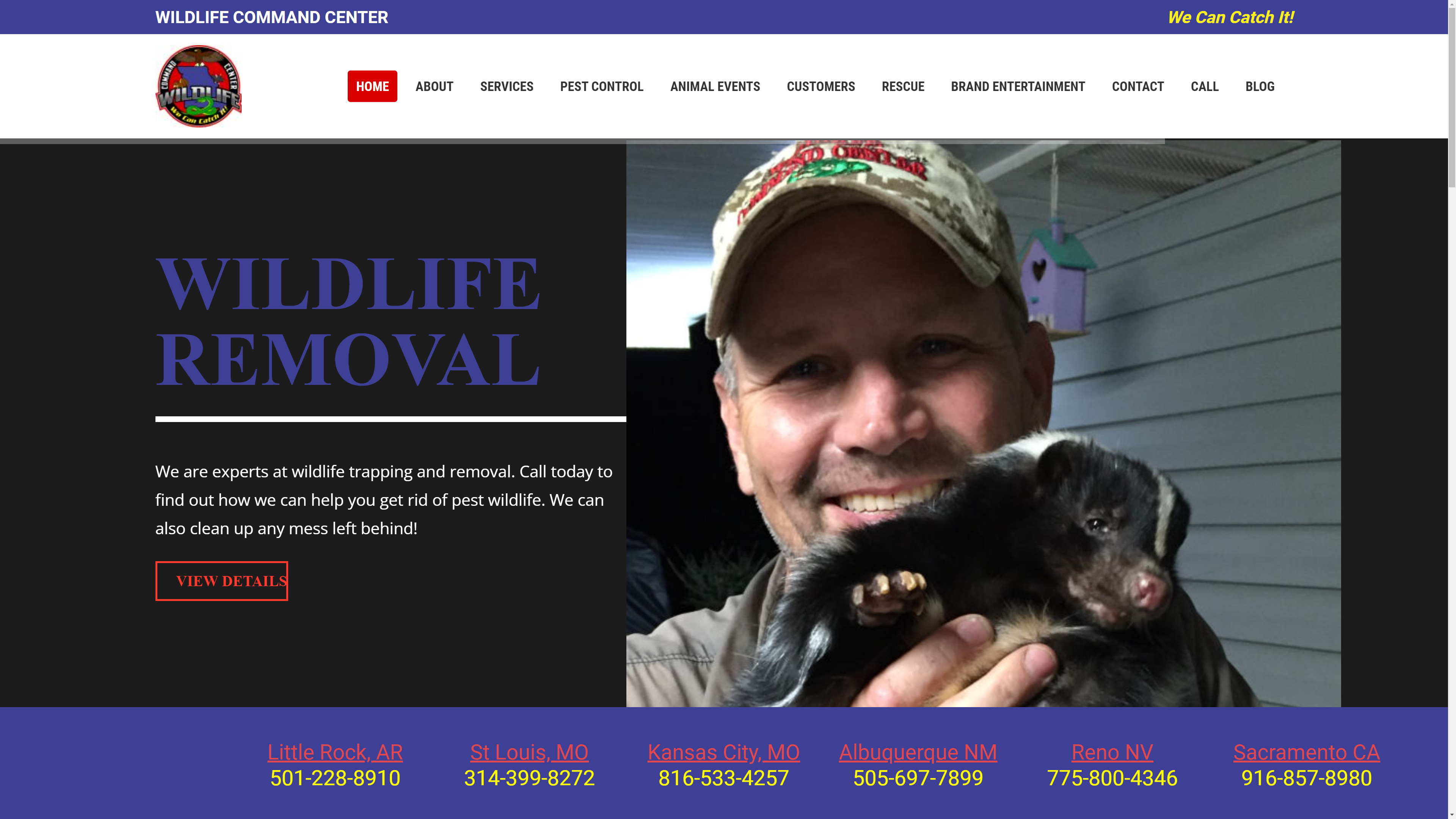 Carter hosts and produces 2 TV Shows on ABC in the Top 25 St Louis Market, The Cowboy & Judge Show and The Your Little Castle Show. He is National Speaker, a 5X Top National Sales Rep / Consultant for 4 Different National Companies. He was voted MLB’s #1 Fan by over 50 Million MLB Fans and Named 1 Of 21 Super Fans In USA by CNN's Bleacher Report.

Among many awards Carter has been recognized with Awards from the Bob Emig Foundation For Youth Sports Supporter Of The Year in 2015 (following Jackie Joyner-Kersee in 2014) and also the Community Service Award From The Brain Injury Association Of Missouri.

Just before he was in his accident / coma, when riding in the back seat coming home from college, Carter had won the St. Louis Amateur Baseball Team MVP for the #1 Team in the Midwest, the same award David Freese, Kyle McClellan, Ryan Howard and many other MLB Players and in 2015 was inducted into the National Semi-Pro Baseball Hall Of Fame.

Carter is also a Former 3 Time League All-Star, a National Semi-Pro All-Star & Pro Football Field Goal Kicker, in 2003 he was offered a tryout with the St. Louis Rams. After 16 years playing the game, with 5 Career 50+ Yard Field Goals and over 1,000 Career Points, Carter is on the ballot this year to be inducted into the National Semi-Pro Football Hall Of Fame in 2023. - More info 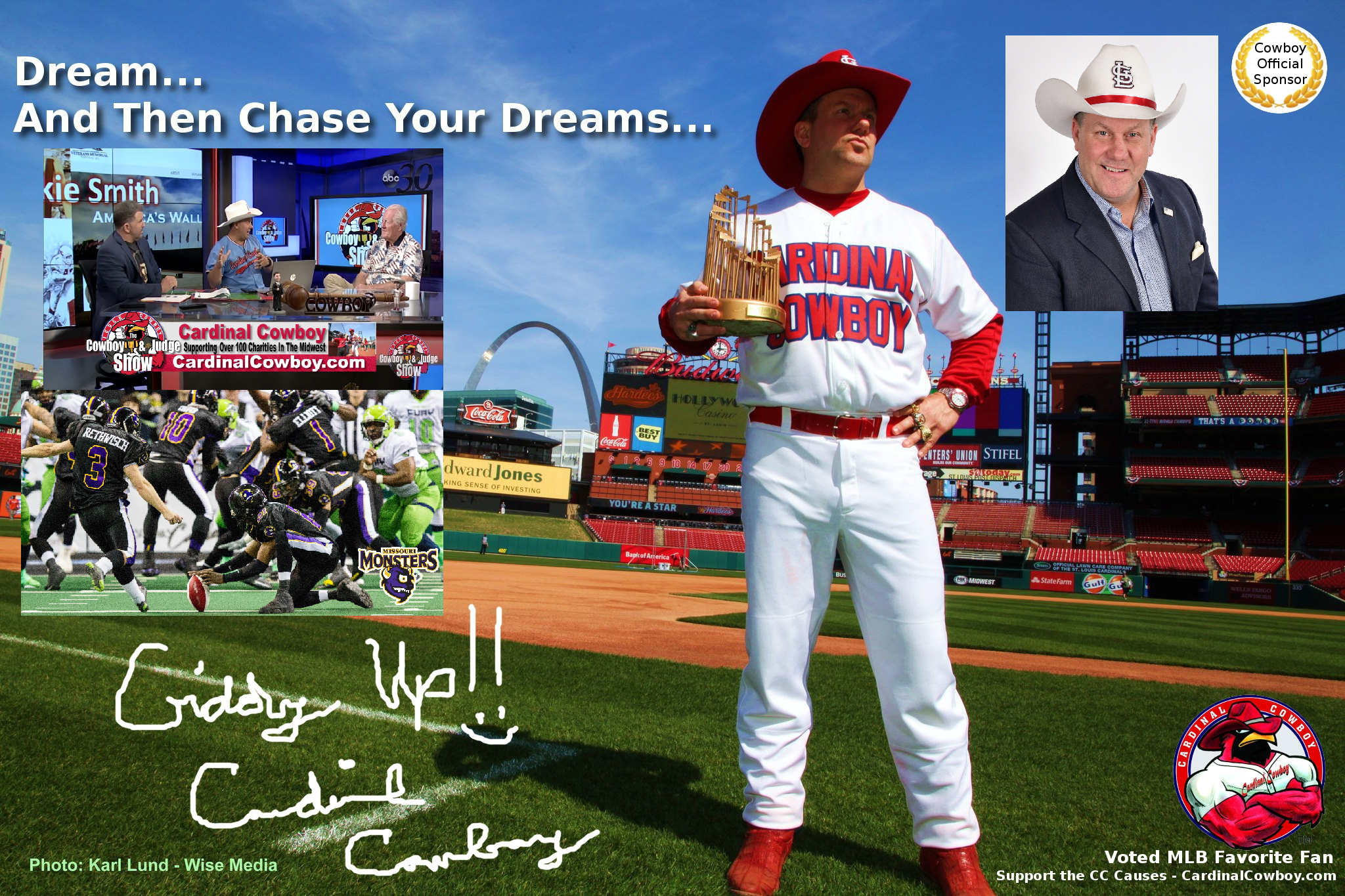 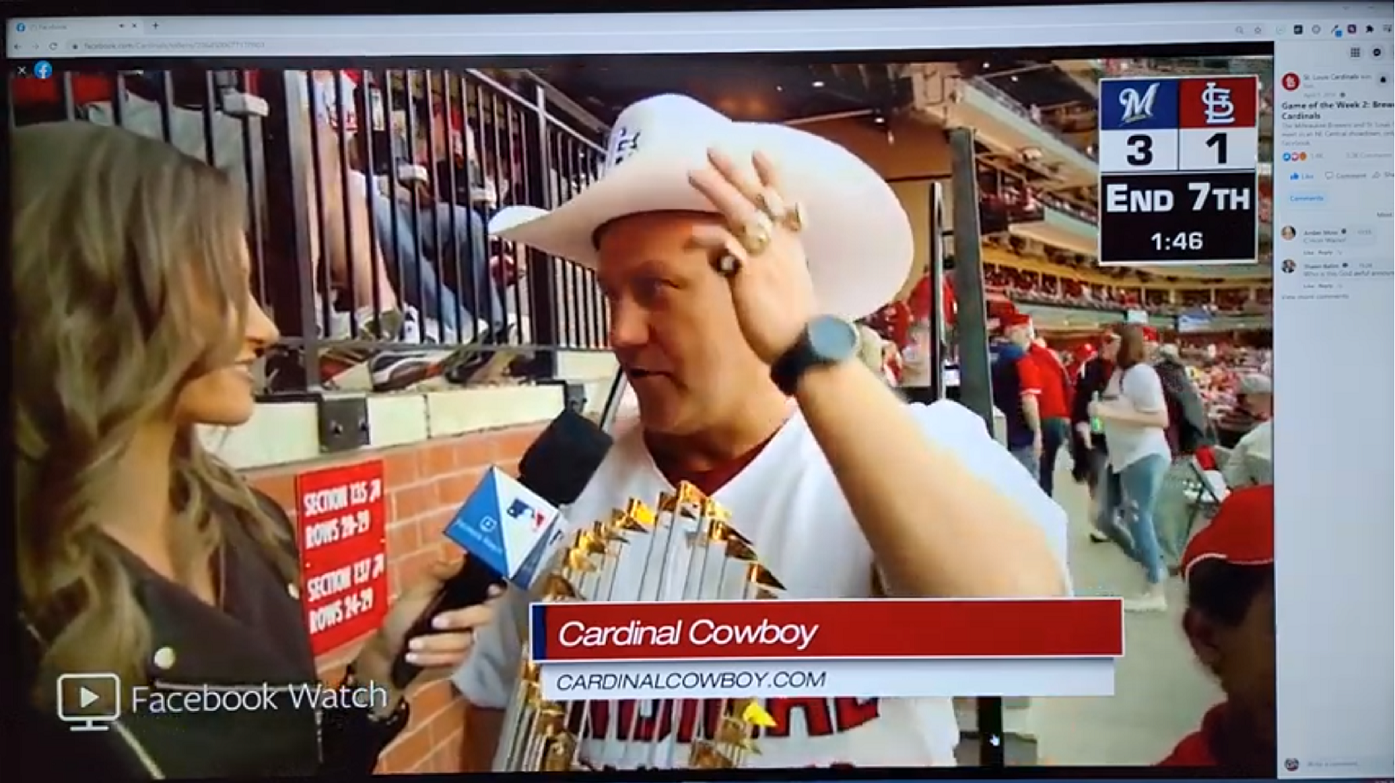 She has dedicated the past 20+ years of her life to learning & studying universal laws, metaphysics, countless healing modalties, brain science, & anything to increase her awareness & open to greater consciousness.

She has studied many different paths to enlightenment & honors everyone's beliefs by shattering the illusion of "separation." She has helped countless "seekers," students, clients, family & friends awaken to the truth of who they really are - whether it be from her powerful 1:1 sessions, mens or womens healing circles, or yoga classes, etc. She loves helping people transcend to their full potential by making them realize how "malleable" reality is & how powerful their minds are.

She is a previous 10+ year student & teacher of A Course in Miracles, facilitating a weekly long time study group at her home & serving on the St. Louis ACIM Council for over 2 years. She has personally worked with dozens of well-known guides, healers, & coaches from all over the world for many years - making her a well-rounded & dynamic teacher herself. She has a profound story of overcoming many painful odds since childhood - including healing countless past traumas & dedicating her life to 100% sobriety.

By creating RocknRollYogaGoddess, she is able to give & serve on a higher level now & plans to start writing her book this year. She is a pillar of strength to those who come to her for help & claims her areas of expertise through personal experience & then subsequently going thru the "fires of purification" on the following topics: 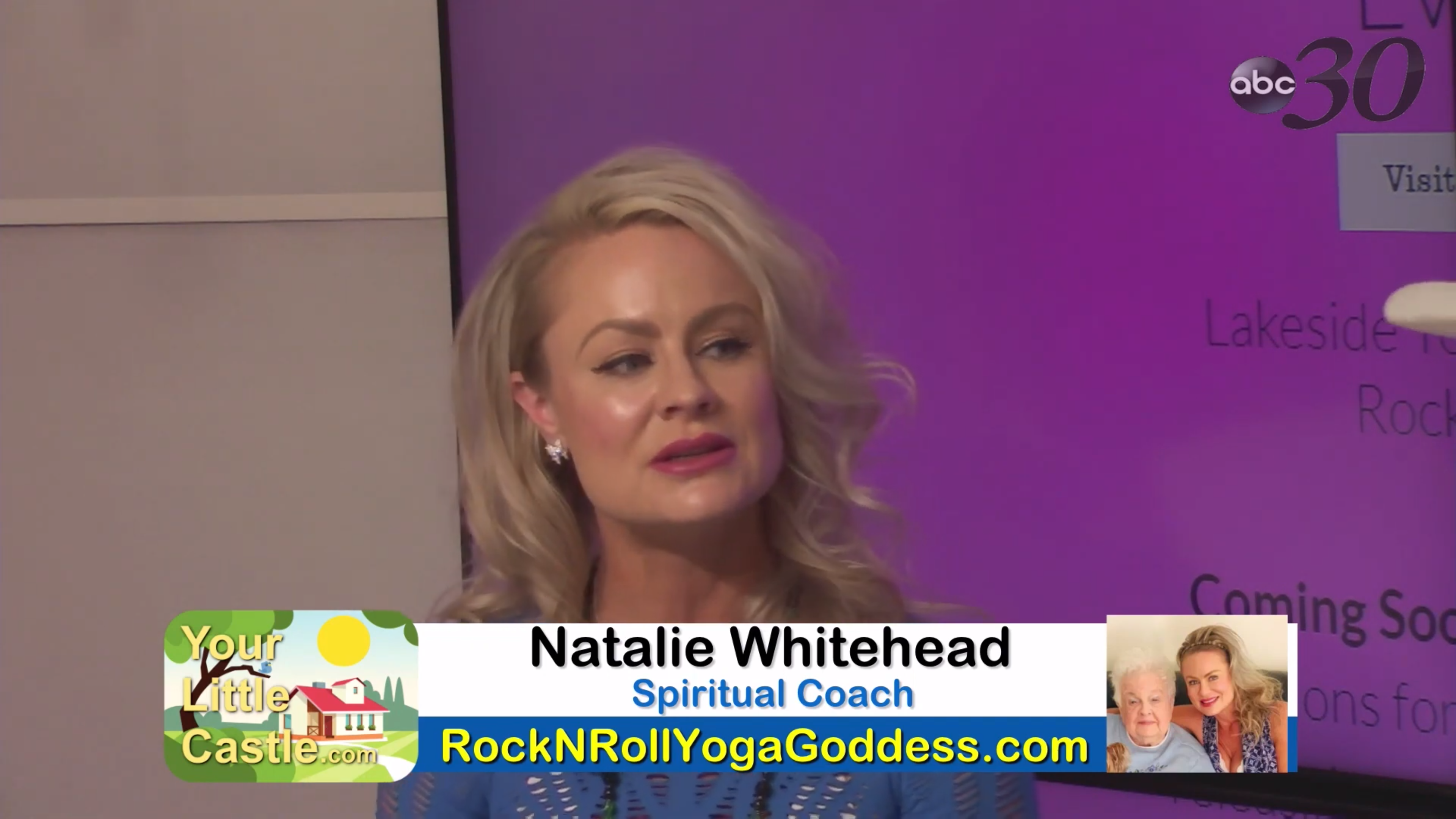 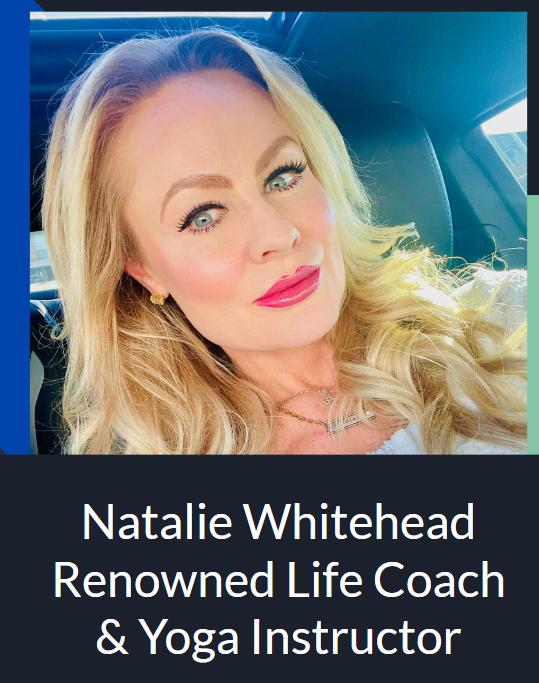 2 Of The Top Mortgages Professionals In The Country Specializing In Building & Protecting Wealth.

Steve Is Among The Top Mortgages Expert In One Of Countries Top Companies With 28 Years In The Business. He and his team helped over 500 Families over his career - More Info

Emile Is A Mortgage Marketing Expert & Certified Divorce Lending Professional. She is one of only a small group of such experts in the country. Emile is the one who gets loan done - More Info 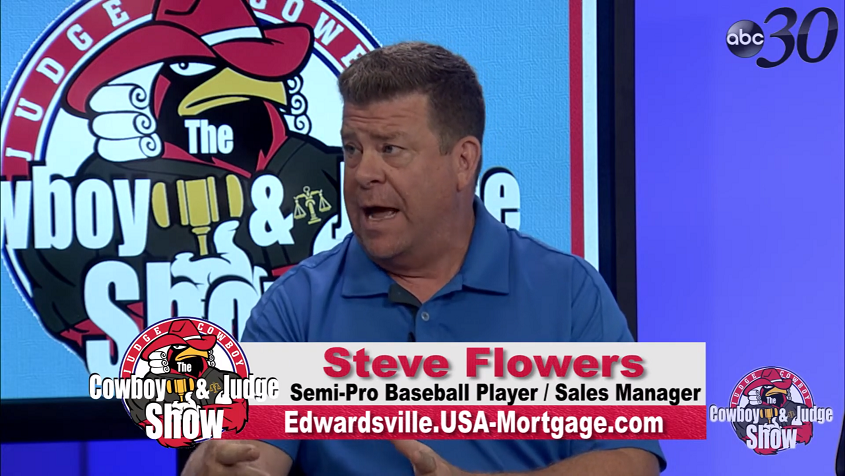 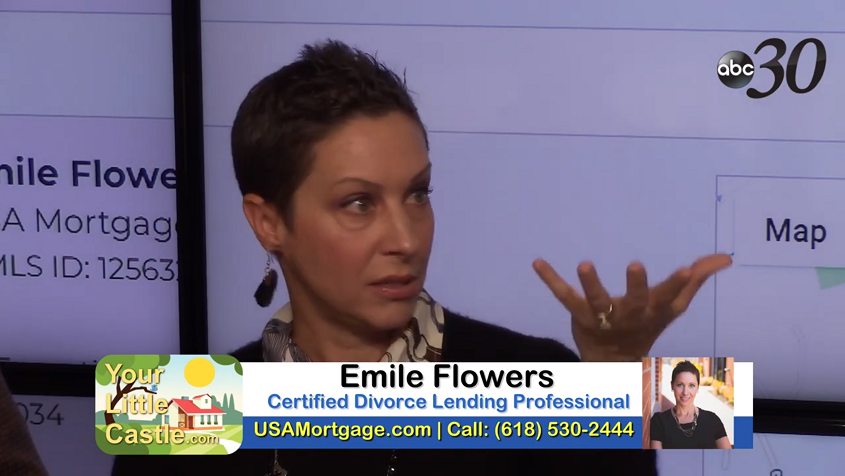 With 19 yrs in practice, Dr. Kris McClusky is a Softwave Tissue Regeneration Affiliate/Provider and expert, He is also a Provider for hundreds of professional, collegiate, and amateur athletes.

Kris is the Former Director of Sports Medicine: Next Level Performance Institute, He is a MO State Championship Ring holder, a St. Louis Metro Autism Forum Expert Panelist and he Owns/Operates one of the busiest wellness offices in the world serving hundreds of clients every month.

As a top rated Wellness Expert, you will not want to miss what Dr. Kris will share with you so that you can better take care of yourself - More Info 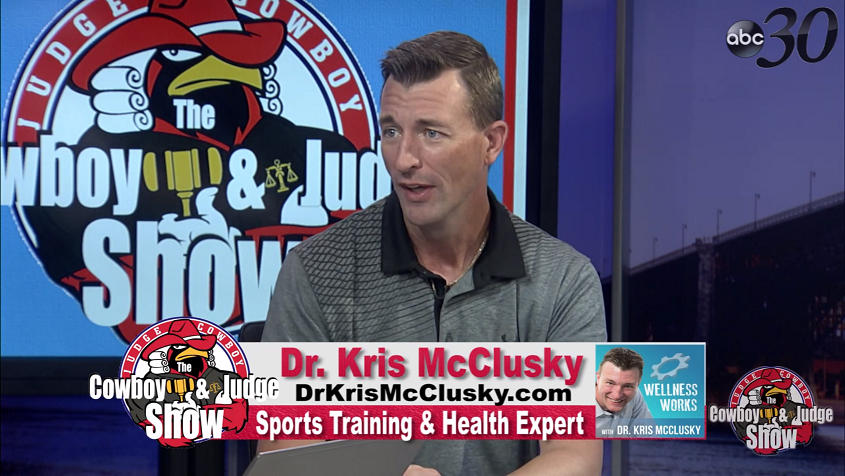 David Rispoli is the president and founder of St. Louis Marriage Coaching and is known throughout the United States as The Marriage Coach. He has been coaching individuals, couples, and businesses for the past two decades.

He started his coaching business in the corporate world working in the financial planning industry, and today he continues to coach businesses across a myriad of industries. David was trained by world renowned expert, , Mort Fertel, in the Marriage Fitness approach to saving marriages! - More Info 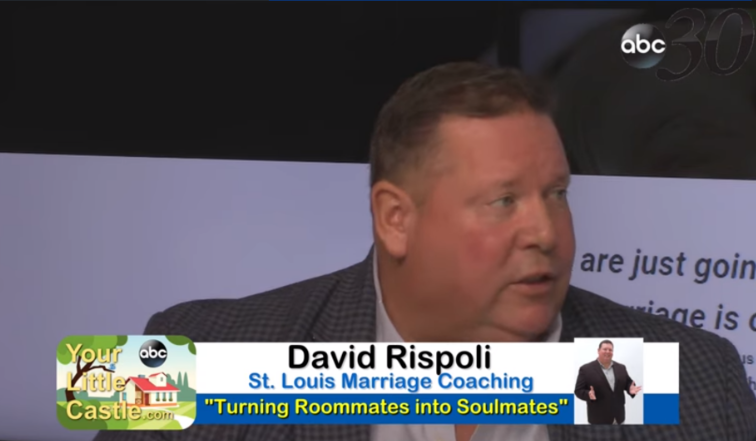 After many years of dedicating himself to international transactional law with the Mergers & Acquisitions practice group of the Chicago-based, multinational firm of Baker & McKenzie, in 2005, Thomas joined our former firm of Medler & Roither, LLC. Today, as Partner, Thomas’ practice is focused primarily on estate planning (Wills, Trusts, Powers of Attorney), probate matters (probate administration, guardianships, and conservatorships), and family law, with a special concentration on many unusually complicated areas of family law, such as Qualified Domestic Relations Orders (QDRO’s) in post-dissolution pension division; Prenuptial and Postnuptial Agreements; jurisdictional issues; and conflicts of law.

Thomas holds a B.A. in Latin America Studies and Art/Art History from Rice University, and a J.D. from the St. Louis University School of Law. He lived in São Paulo and Rio de Janeiro, Brazil, for more than a decade and has studied various languages, including Portuguese, Spanish, French and Latin (Silver Medalist Winner of the National Latin Exam, sponsored by the American Classical League). He is a member of the Missouri Bar, the Bar Association of Metropolitan St. Louis, and the St. Louis County Bar Association. - More Info

Ann joins forces with “This Next Level” after almost 40 years of parenting. After her 8th child took the oath to serve in the US military, Ann brings the work ethic she taught her children and shares secrets that only a mother of many would know.

Two of her greatest moments in life; completing an olympic length triathlon, and assisting at the birth of her 10th grandchild. Her most valuable learning experience of 2022 had to be her candidacy for Missouri state representative of the 114th district, when she gained 43% of the vote and managed to keep 100% of her integrity. Ann’s family experienced a huge tragedy in 2019 when her oldest son drowned, that became the passion that drives her purpose to assist families to prepare for the unexpected.

Her desire for excellence can be witnessed daily @motivatingmom9, encouraging mothers to take care of themselves with daily exercise and healthy diets. Ann’s favorite quotes, “In all things, only your best is expected!” and “Work like it’s all up to you, and pray like it’s all up to God.” - More Info

Call Or Text Us:

We use cookies on our website to give you the most relevant experience by remembering your preferences and repeat visits. By clicking “Accept”, you consent to the use of ALL the cookies.
Cookie settingsACCEPT
Manage consent

This website uses cookies to improve your experience while you navigate through the website. Out of these, the cookies that are categorized as necessary are stored on your browser as they are essential for the working of basic functionalities of the website. We also use third-party cookies that help us analyze and understand how you use this website. These cookies will be stored in your browser only with your consent. You also have the option to opt-out of these cookies. But opting out of some of these cookies may affect your browsing experience.
Necessary Always Enabled
Necessary cookies are absolutely essential for the website to function properly. These cookies ensure basic functionalities and security features of the website, anonymously.
Functional
Functional cookies help to perform certain functionalities like sharing the content of the website on social media platforms, collect feedbacks, and other third-party features.
Performance
Performance cookies are used to understand and analyze the key performance indexes of the website which helps in delivering a better user experience for the visitors.
Analytics
Analytical cookies are used to understand how visitors interact with the website. These cookies help provide information on metrics the number of visitors, bounce rate, traffic source, etc.
Advertisement
Advertisement cookies are used to provide visitors with relevant ads and marketing campaigns. These cookies track visitors across websites and collect information to provide customized ads.
Others
Other uncategorized cookies are those that are being analyzed and have not been classified into a category as yet.
SAVE & ACCEPT